A Simple Long Term Timing Signal For The Markets: BackTest

Last weekend I received an email from an EdgeRater user asking if it was possible to test a system that he had seen described in a YouTube video, the video was 10 years old and so I thought it would be interesting to see how it has performed since the video was made using data that could not have been known back then.

The system is a simple long term timing signal for the S&P 500 index. Here are the rules:

Basically a Moving average crossover system with some porosity built around the longer term moving average.

Here’s a link to the video for those interested:

Testing the system in EdgeRater 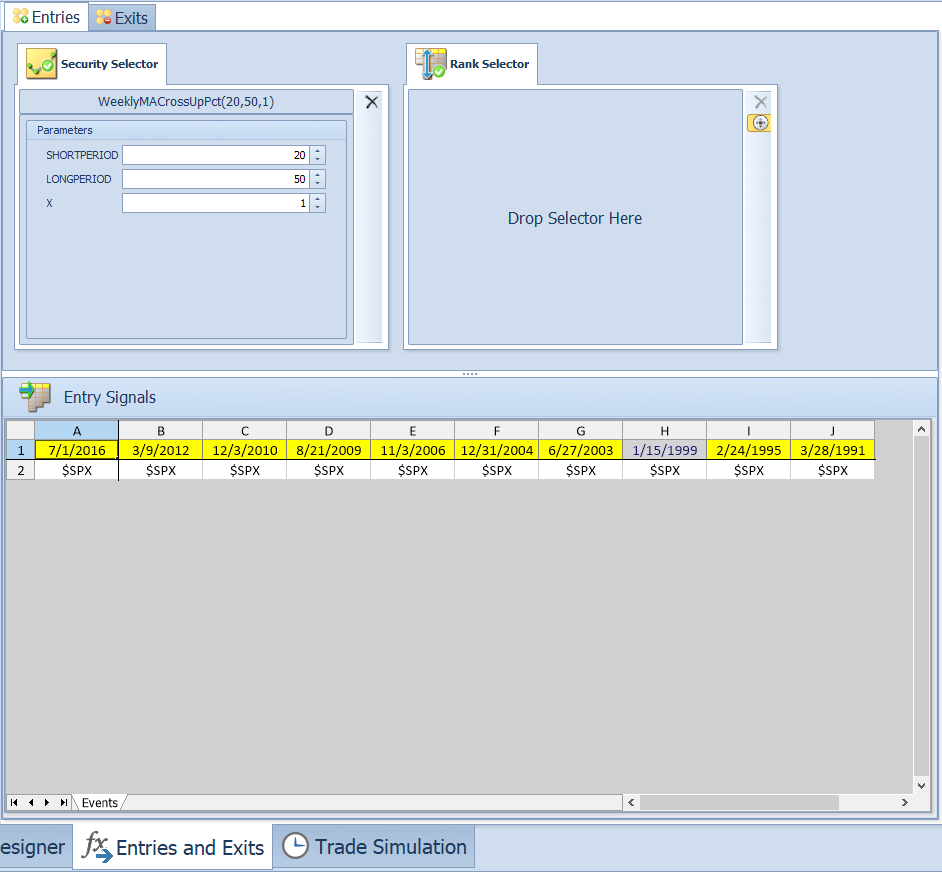 As you can see here a custom script called WeeklyMACrossUpPct has been dropped into the security selector area. The code in this script is as follows:

There are 3 parameters to this script

SHORTPERIOD and LONGPERIOD are used to set the weekly moving average periods and X is used to allow testing of variations of the 1% porosity band around the 50 MA.

The Exit script is as follows:

Adding this to the Exits portion of the Entries and Exits tab produces the following events: 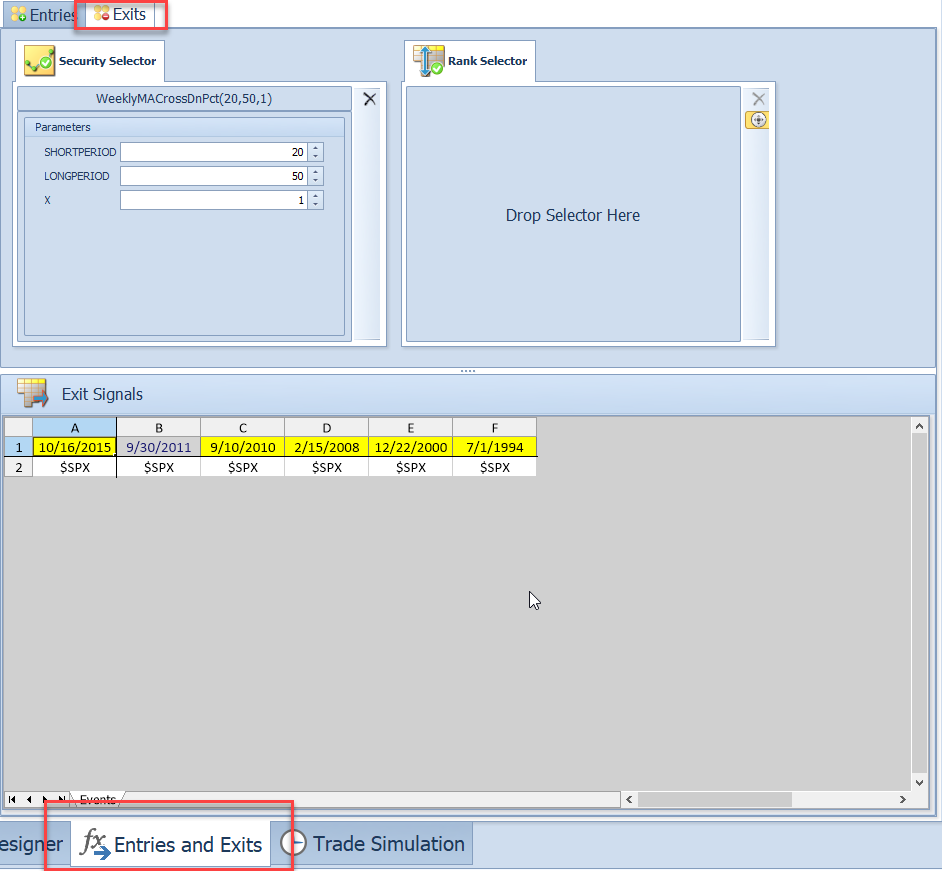 Now that we have generated a set of entry and exit signals we can head over to the Trade Simulation tab and knit these together to generate a trade list and statistics report: 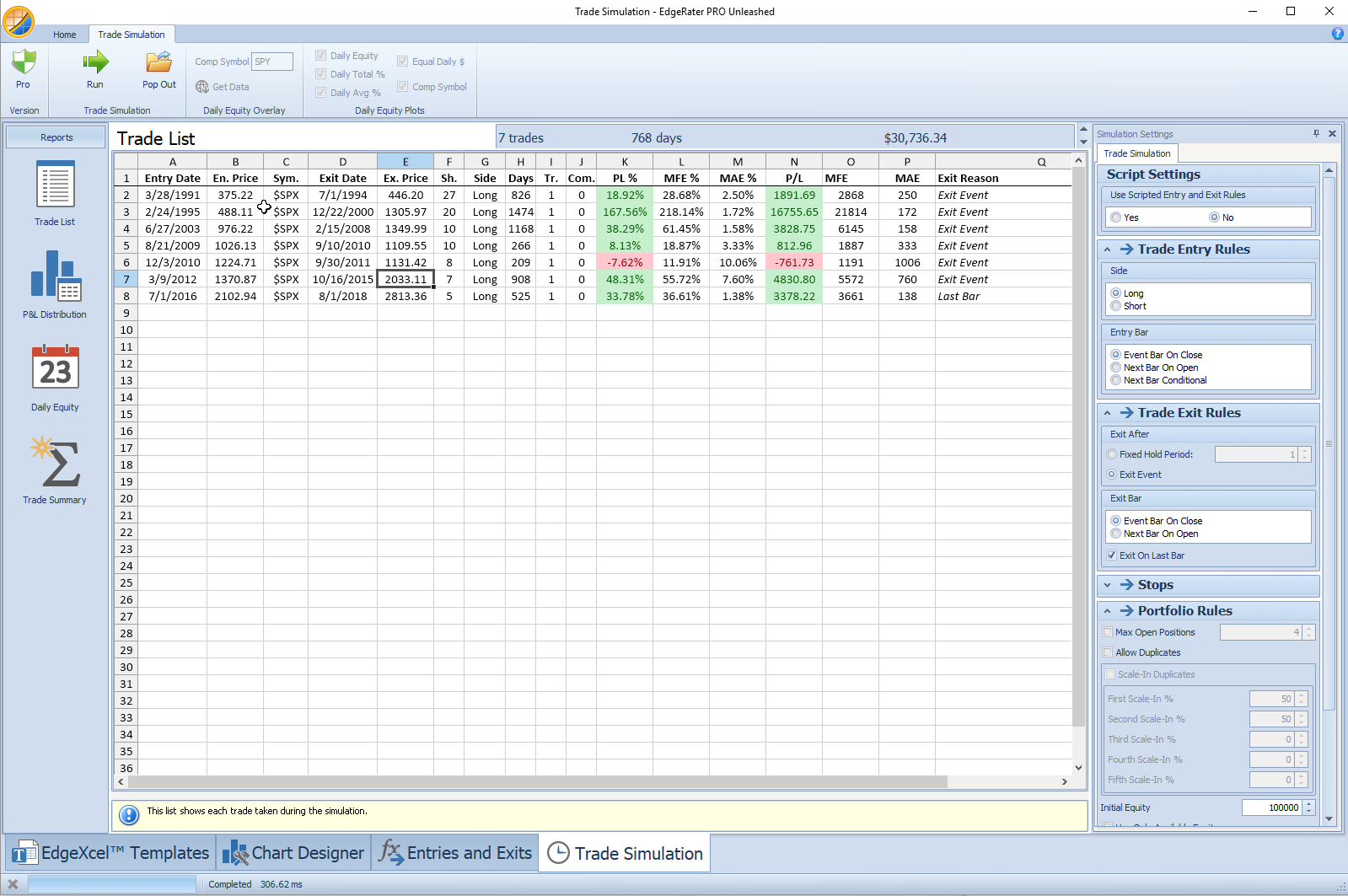 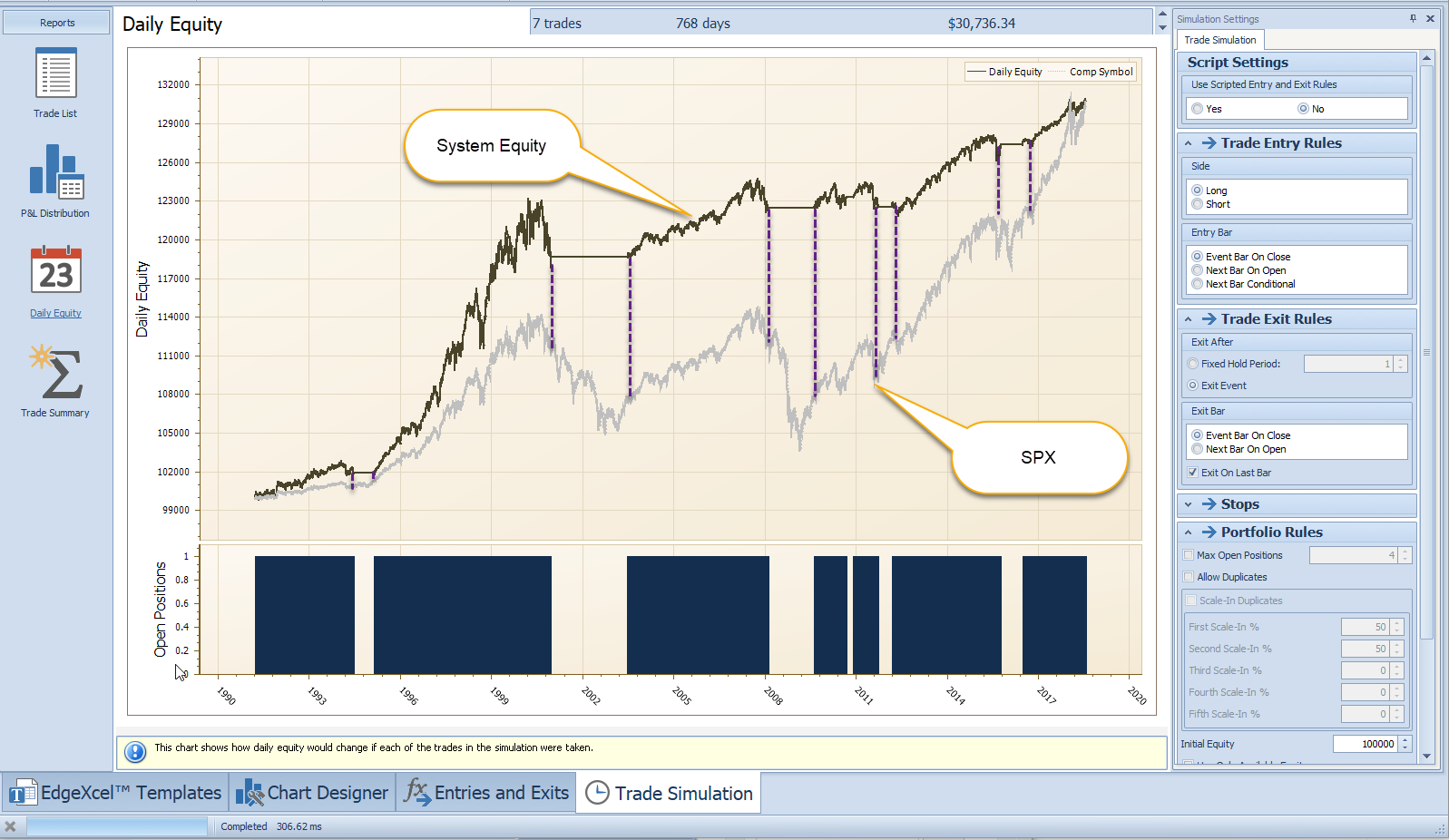 Here you can see a comparison between the daily equity of the simulation vs the actual SPX. Note how the system goes flat during the SPX drawdown phases.

The original video was produced in 2008. Since then the system has produced 4 trades with the following P/Ls:

Also note that in the video the actual dates mentioned are off by a few months here and there and that also the initial stated gain of 76% on the trade that ended in 2008 was only a 38% gain. Other than that the video description of results seems accurate.

You can easily test this strategy in EdgeRater and also variations around the strategy. Bear in mind that there were so few signals here that it’s hard to infer any statistical significance but the general principal of avoiding the damaging bear markets may lead to this being a good overall market timing signal. For example, if this system is out of the market then maybe don’t consider long trades in any stocks.