Using the end-of-day data from today (June 19th 2013) we can see yet another Hindenburg Omen has signaled: 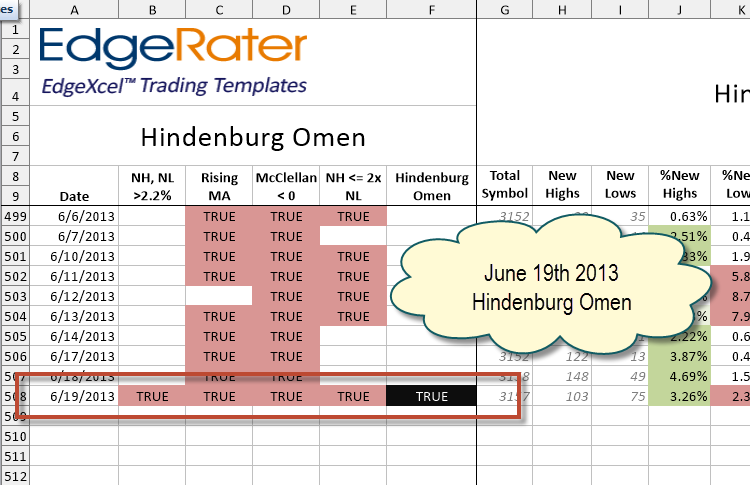 That makes 3 signals in the space of a couple of weeks and constitutes a cluster of Omens which is what we look for as a sign that the market is about to correct.

For more information on the Hindenburg Omen please take a look at the following resources:

Here’s an extract from the Robert McHugh report listed above:

Now, that is not to say that we are definitely in for a market correction but it is a warning sign to sit-up and take notice of because there has never been a signification market correction or crash without being preceeded by a cluster of Hindenburg Omens.