Are Cramer’s stock picks any good?

Everyone has heard of Jim Cramer, right? (former hedge fund manager and host of ‘Mad Money’).

Have you ever wondered what would happen if you purchased every ‘recommended buy’ stock the morning after Cramer recommends it on his show?

One of the best picks

Here’s one of his best picks of 2014. AGIO which was a featured stock with a buy recommendation on September 16th 2014: 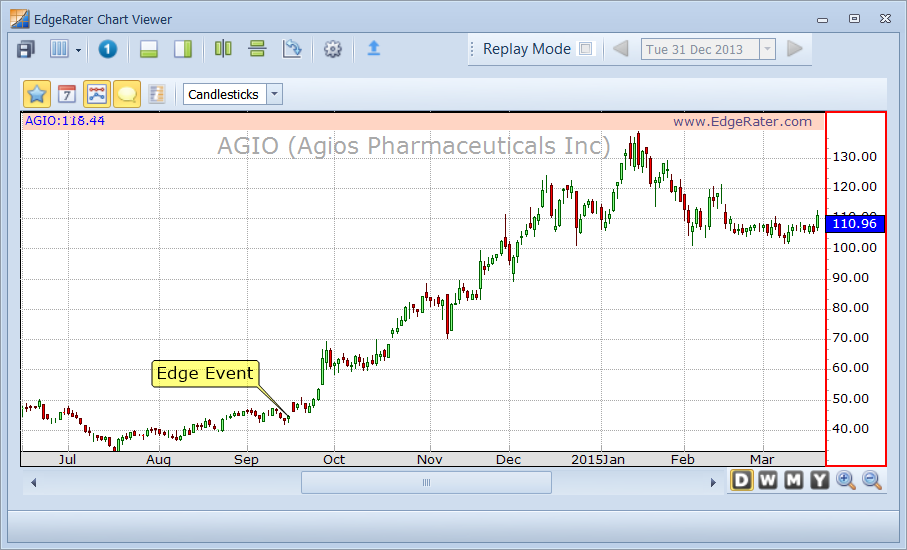 As I mentioned earlier, AGIO was one of his best picks for 2014 and so not ‘typical’, but it is interesting to analyze this further…

I have the complete answer in the form of a spreadsheet which lists every ‘Featured Stock’ from the last 15 months that was given a ‘buy’ recommendation. The spreadsheet shows each stock on a separate row along with columns that show the %gain or loss for each day after the recommendation. The %Gain/Loss values are actually the %Gain/Loss after subtracting the %Gain/loss from a market index over the same period (in this case the index used was the SPY ETF). The idea is that by looking at the spreadsheet you can see if Cramer’s recommendations actually beat the overall market or not.

By looking at the ‘1’ day column you can see if there is a Cramer Effect as an immediate result of his recommendation. By looking further out you can see if Cramer actually beats the overall market in the long run.

Enter your email address to download the complete report.