Not all squeezes are created equal

A squeeze occurs in a stock when the Bollinger Bands move inside the Keltner Channel.

Here are the two charts for comparison: 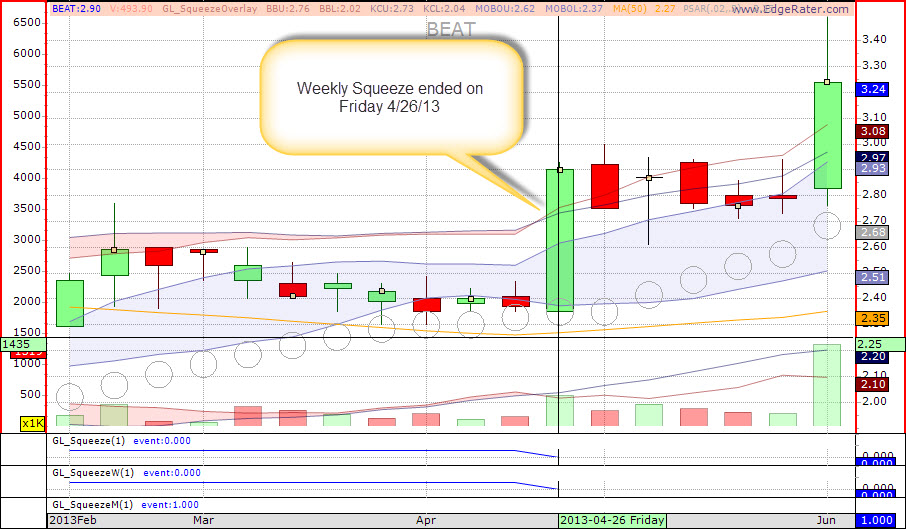 So, What could be going wrong?

Why would that be the case? After all the calculation for Keltner Channel is quite straightforward – it’s just a displacement about a moving average, in our case equal to 1.5 times the 20 period Average True Range (ATR).

The calculation for TrueRange is simple enough:

And on further investigation the TrueRange values in both EdgeRater and ThinkOrSwim agree.

So then the other part is the 20 period average of TrueRange.

Just to confirm that I had found the reason for the discrepancy I added a new thinkScript for the Keltner Channel which uses the WildersATR (in thinkScript there is function called ATRWilder). 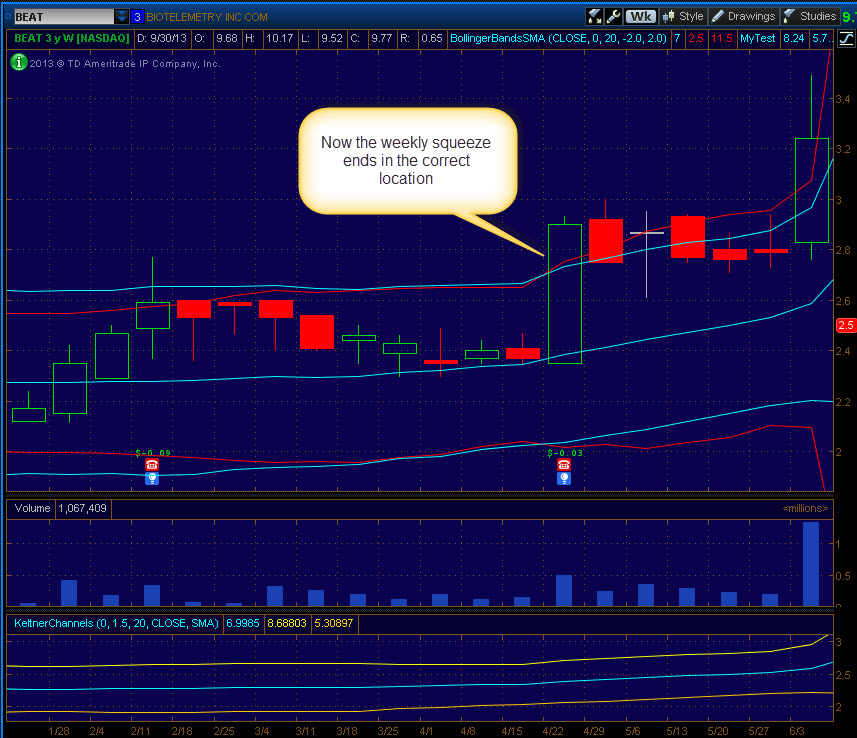 And here’s the script. Note that the values of 1.5 and 20 have been hardcoded into this script and not added as input parameters: