Probability Of Touching Based on Technicals (POTBOT) 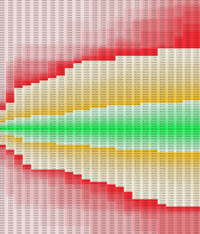 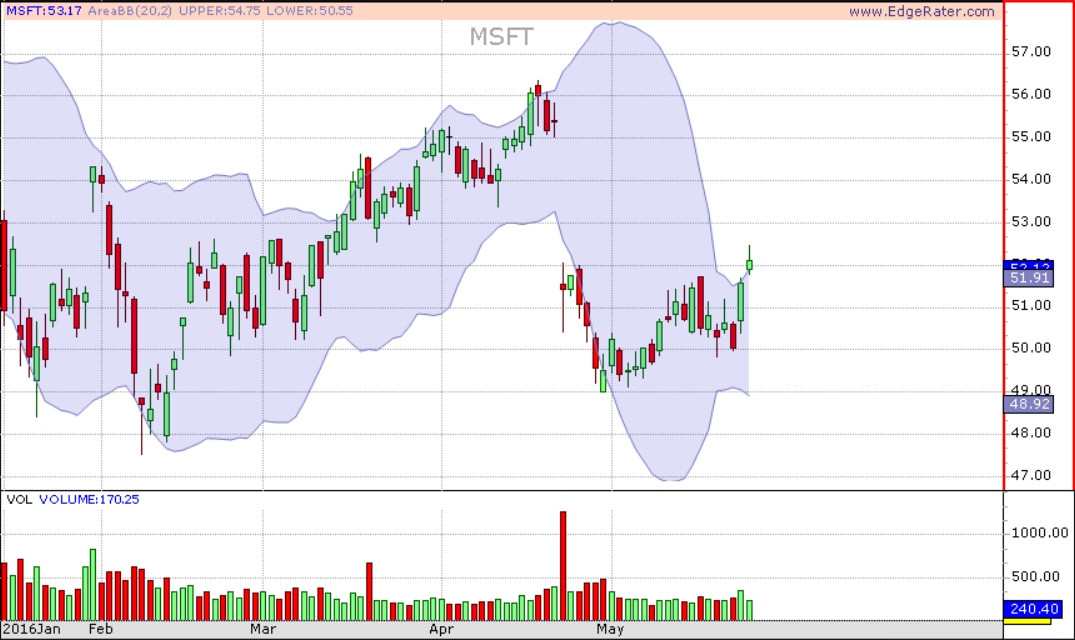 At the end of the day, the 17 Jun Options were priced as follows:

Take a note of the ‘Prob.Touch’ column. This column shows the probability that MSFT will touch each of the out-of-the-money strikes during the next 22 days. The probability is based on the current price of the options and is the forward looking consensus of traders. For example, Microsoft is currently trading at 52.13 and the Prob. Touch column for the 54 strike shows 29.98%. Meaning that traders believe there is roughly a 30% chance that during the next 22 days MSFT will touch the 54 level.

Now, if we analyze all prior occurrences of MSFT crossing above its upper Bollinger Band, it is possible to come up with a probability of MSFT touching the 54 level at various points in the future:

To do this, we set the POTPOT parameters up as follows:

POTBOT Parameters – AUBB is the cross ‘Above Upper Bollinger Band’ script. Select the script with the ‘Choose Script’ button

Running the POTBOT then gives the following report: 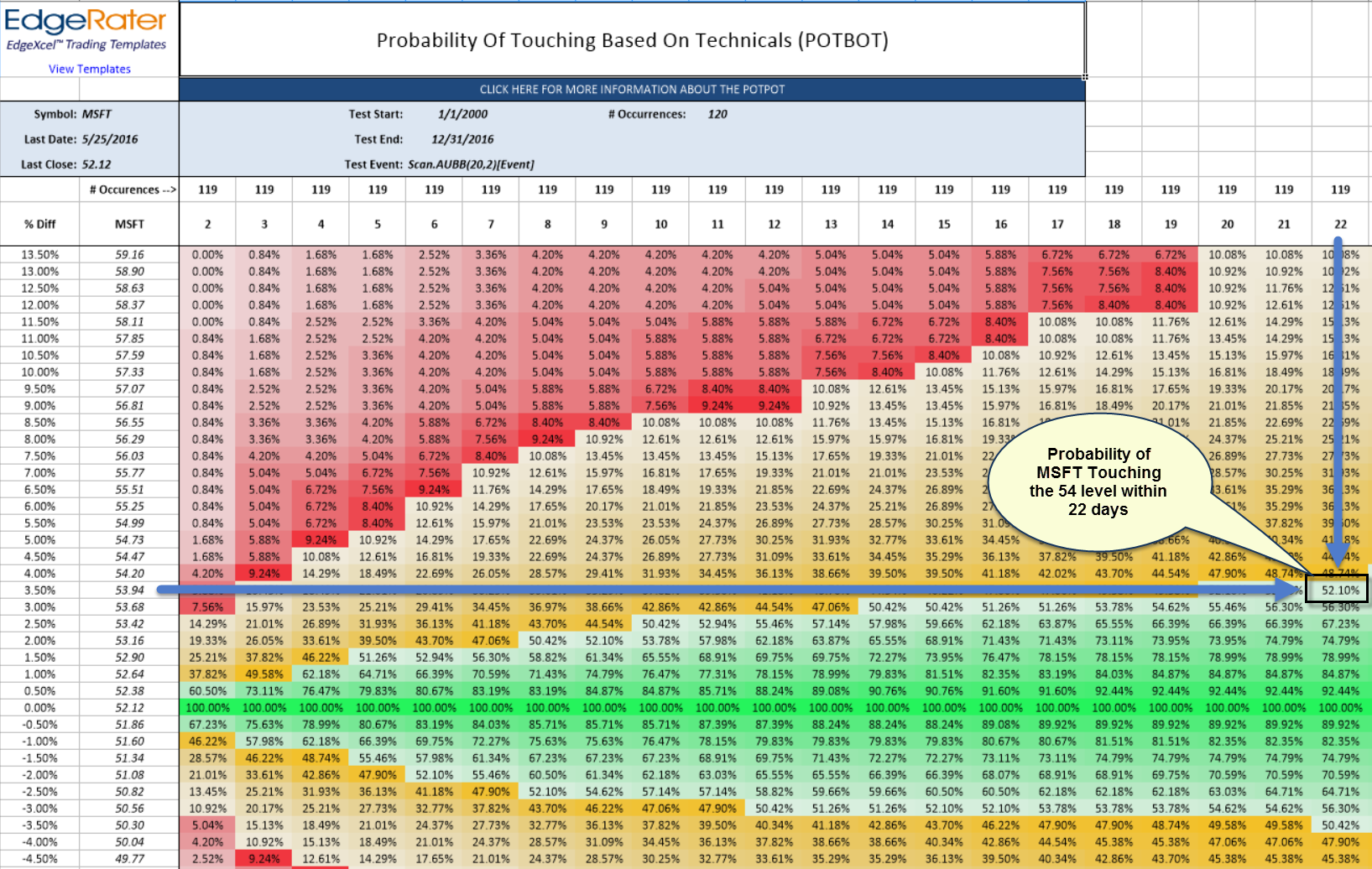 From the report we can see that the 54 level is about 3.5% higher than yesterday’s 52.12 close and that during the next 22 days there is a 52.1% chance of MSFT touching that level based on its prior history after crossing above the upper Bollinger Band.

One way to use this information is to see that as the option’s price is only reflecting a 30% chance of MSFT touching 54 it might be better to be a be a buyer than a seller of that option. Of course this would depend on whether you give more weight to the historical price action or to the current consensus of price movement.

The values in the above report were calculated by looking at all cases in MSFT history from 1/1/2000 to present day where price crossed above the upper Bollinger Band. There were 119 occurrences (not including the one yesterday). The software then analyzed Highest High values and Lowest Low values over multiple time periods after each event to arrive at % price change values. The software then figured out how many times out of the 119 price actually touched different % change values and that number was converted to a percentage and added to the corresponding cell. So for instance in the cell we were looking at, the 52.1% value represents 62 cases out of 119 where price touched the +3.5% level during the 22 days following price crossing above the upper Bollinger Band. Finally, current price extensions were calculated based on the % change numbers to arrive at actual price targets using today’s price for MSFT.

Choose Your Own Adventure

The new template for EdgeRater for May is the POTBOT template. You can choose any existing script as your technical criteria or even create your own. Now you can really see how price behaves after chosen technical events. Also, rather than testing over a complete history of time you can cherry pick date ranges, perhaps focusing on market periods that are similar today’s market.

Often, it is interesting to get a visual of the behavior rather than zooming in on the actual numbers. The template produces a color-coded report where 0-10% probabilities are shades of red, 10-50% are shades of Yellow and 50-100% are shades of green. By zooming out of the report you can see color patterns instead of actual values. 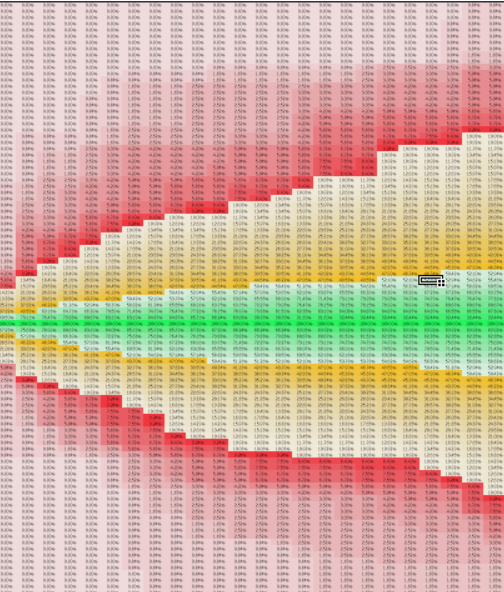 Zoomed out report of Cross Above Upper Bollinger Band 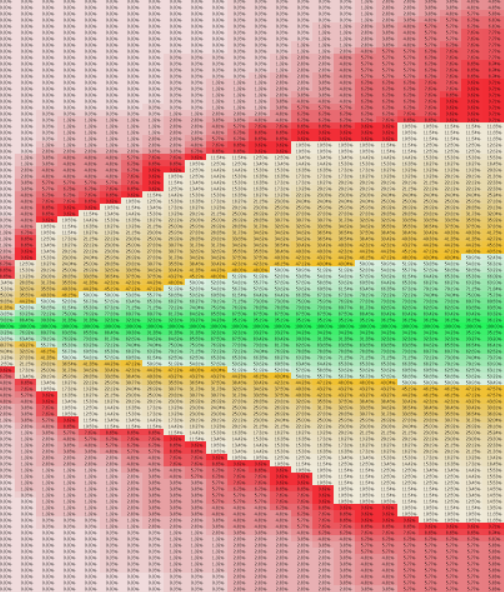 Zoomed out report of Cross Below Lower Bollinger Band

Probability Of Touching is a term traditionally used in options pricing. It allows you to see what traders think will happen to an underlying stock price over the life of an option. Probability Of Touching Based On Techincals (POTBOT) is a new template in EdgeRater that allows you to analyze the probability of price touching certain levels after a technical event has occurred. Using these two types of probability can give you some insight into selecting the best trade vehicle for an expected move. POT is based on traders current opinion about future price and POTBOT is based on historical price action following a specific technical event.